Mazda Motor Corporation is a Japanese car manufacturer that operates in various automotive markets around the world. Mazda is based in the Fuchu Aki district in Hiroshima, Japan. The majority of their vehicles are produced and assembled in their Japan based plants. They are then distributed worldwide to places where Mazda operates. Aside from the vehicles produced in Japan, Mazda also operates several assembly plants throughout the globe. Every unit produced in these facilities is distributed directly to their respective markets for sale.

Mazda during its earliest foundation and the Second World War

Mazda's earliest roots are traced back to the year 1920, when its founder Jujiro Matsuda and a small group of investors acquired a small company called, Toyo Cork Kogyo. Toyo Cork Kogyo manufactured machine tools for domestic sales. In 1927, the company changed its name into Toyo Kogyo Co. Ltd. Slowly, but surely, Toyo Kogyo's operation gradually shifted from producing machine tools to the production of vehicles.

The shift in production resulted to the introduction of a three-wheeled truck, called the Mazda-Go in 1931. Aside from producing this vehicle, Toyo Kogyo was also involved in the manufacturing of military weapons used by the Japanese military. These weapons were used in the Second World War, particularly the Type 99 rifle series 30 to 35.

Mazda after the Second World War

After the Second World War, Mazda continued producing vehicles under the name Toyo Kogyo. But, this was subsequently changed to "Mazda" in 1984. According to the company's website, this name was derived from "Ahura Mazda", a Persian-Zoroastrianism God. However, most automotive historians also believe that the company's name was derived from its founder "Jujiro Matsuda." These claims still remain unverified, even up till today. Another question that goes unanswered, is why most of the company's earliest vehicles carried the name "Mazda", even-though the change of name was not yet implemented during those times.

Mazda's popularity started to grow in 1960 when the company introduced its first real car, which was the Mazda R360. The Mazda R360 was a 4-seat, 2-door coupe, powered by a rear mounted air-cooled 356 cc V-twin engine. This engine was mated to either a 4-speed manual transmission or a 2-speed automatic transmission. That engine was capable of producing a maximum power output of up to 16 horsepower and 16 lb.-ft. of torque. The engine was capable of producing a top speed of about 52mph.

Aside from producing vehicles, Mazda's operation also involved the development of the Wankel rotary engine. The company's focus on developing this engine was basically triggered by Mazda's desire to use this technology as a means of differentiating itself from other Japanese car manufacturers. Mazda's efforts and resources used in developing the rotary engine eventually gained positive results. The company started selling the newly-developed engine in 1962. Five years later, Mazda released the limited edition Cosmo Sport. This 1967 sport was powered by Mazda's rotary engine. This type of engine was also used in the current RX-8 engine. These events titled Mazda as the sole car manufacturer engaged in the production of the Wankel engines.

Mazda's development and use of the rotary engine in the R100 and the RX Series increased the company's exports a great deal. The increase in exports was eventually followed by Mazda's expansion in other areas of the world. In 1968 Mazda started its formal operations in Canada. Two years after, Mazda began its operations in the American market and became very successful. As a result of its success in America, Mazda produced the Mazda Rotary Pickup, which was offered for North American buyers only.

The success of Mazda in the American and world markets, brought about by the growing demands for the rotary engine, suffered a major setback in 1973 when the "oil crisis" occurred. Fortunately, the company did not fully abandon the production of vehicles equipped with piston-powered engines. These vehicles saved Mazda complete collapse. As a result, the 4-cylinder powered models, such as the Mazda Familia and the Mazda Capella series, became very important during those times. 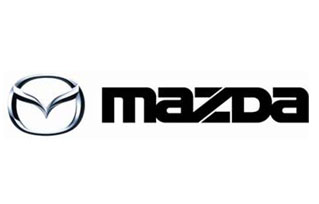